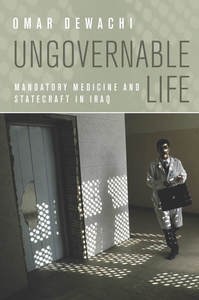 Abstract
Access to and quality of health and social care resources within and between countries is increasingly uneven. Market, state, civic, familial and individual responses to this unevenness produce diverse transnational care practices that, in turn, generate a variety of transnational care spaces around the world and at different scales. This chapter focuses on the ways in which these different social actors are imbricated in a range of transnational care practices and the spaces in which these practices unfold. Drawing on examples from South and Southeast Asia, it first discusses two transnational care practices produced by (perceived) medical care deficits: 1) temporary and circular movements abroad for the satisfaction of one’s specific medical needs and wants (popularly dubbed ‘medical tourism’) and 2) short-/long-term and circular migratory trajectories of skilled health workers seeking to meet the demands of and benefit from health systems abroad. Such practices have generated diverse transnational care spaces, from ‘world-class’ hospitals to dedicated airport immigration lanes to special nursing schools training nurses for ‘export’. The chapter then draws on examples from East Asia and Western Europe to describe two transnational care practices produced by (perceived) long-term care deficits: 1) migratory trajectories for the improved fulfilment of one’s long-term care needs and 2) migratory trajectories of formal and informal care-givers seeking to meet the long-term needs of societies with rapidly ageing populations. A variety of transnational care spaces have also emerged around these practices, including assisted living facilities and nursing homes for foreigners and live-in care arrangements enabling dependent seniors to age in place. In examining these practices and their resultant spaces, this chapter seeks to shed light on the existing and emergent range of scales and complex networks of care.